Foreword
Examples for joining a server and setting up characters involve using /tg/station and not kadicstation. the steps though are similar.

Setting up the BYOND Client
The first step toward being able to connect to any Spacestation 13 server is to register for and download the BYOND Client. BYOND is the client that is required to use in order to play SS13 (or any other game in the BYOND community.

To start, navigate to the BYOND website. The registration process is very easy to do. 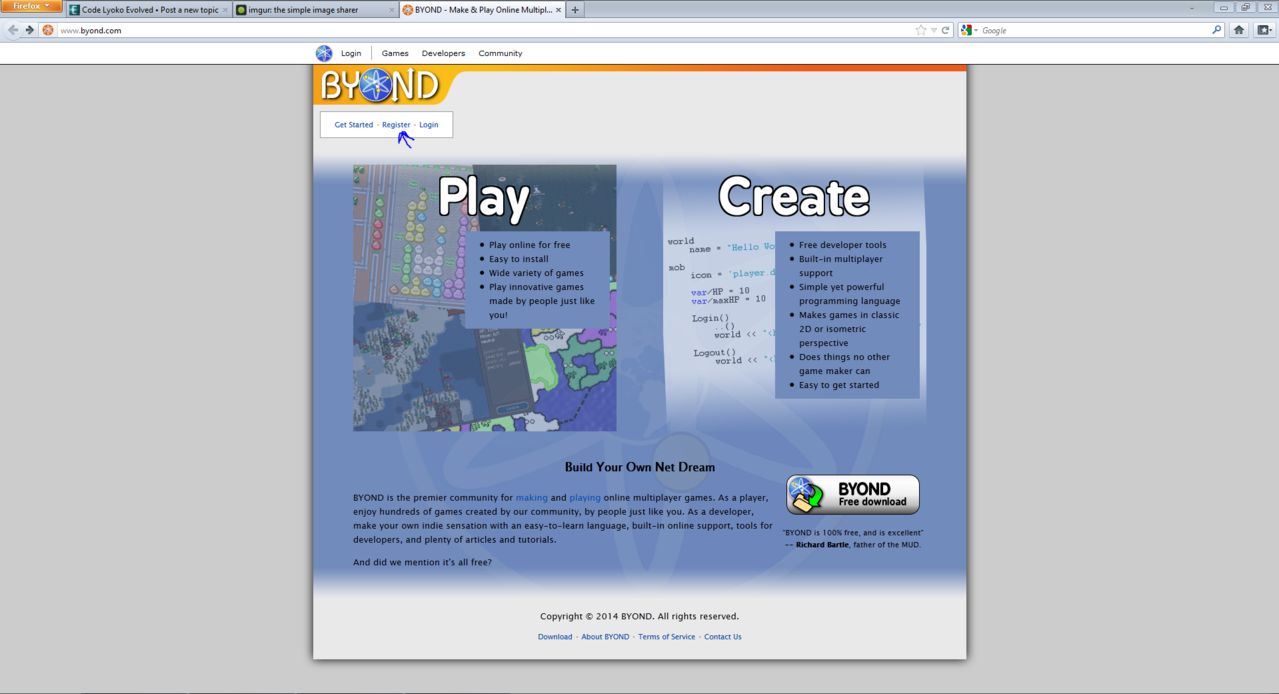 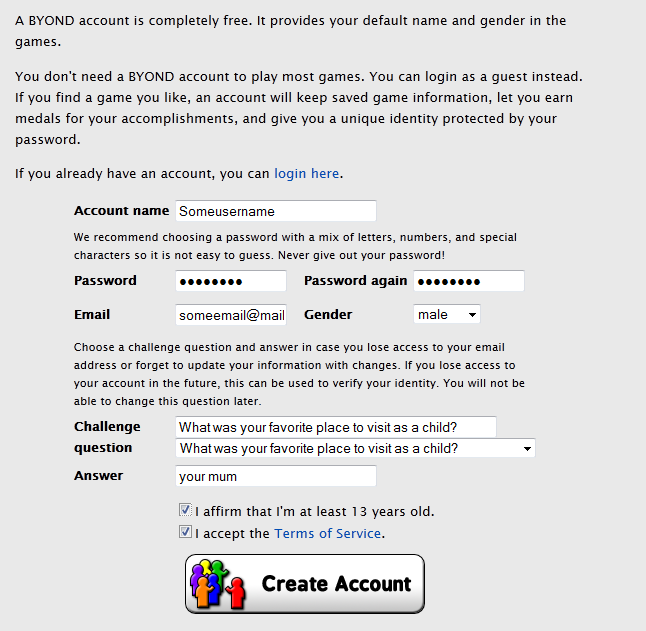 Then proceed to download the client. At the current moment, only the Windows client is the only one that is capable of playing any BYOND games(though at the time of writing, there is a HTML5 version of the BYOND client being made for web browsers.

After installing the program(or extracting the portable version) and starting it up. You will see a window. Click on the gear at the top right and select Login. Enter your login credentials.

Connecting to a Server
The second step to connect to the server. A majority of the servers for space station 13 are listed in a public list,KadicStation being one of them.

Other servers, such as /tg/station, are private, requiring players to head to their website in order to connect for the first time.

Spoiler:
There was a image here, but it would not show up correctly

If you connect correctly, you should be greeted with the below screen(the information on the box in the top right is administration information): 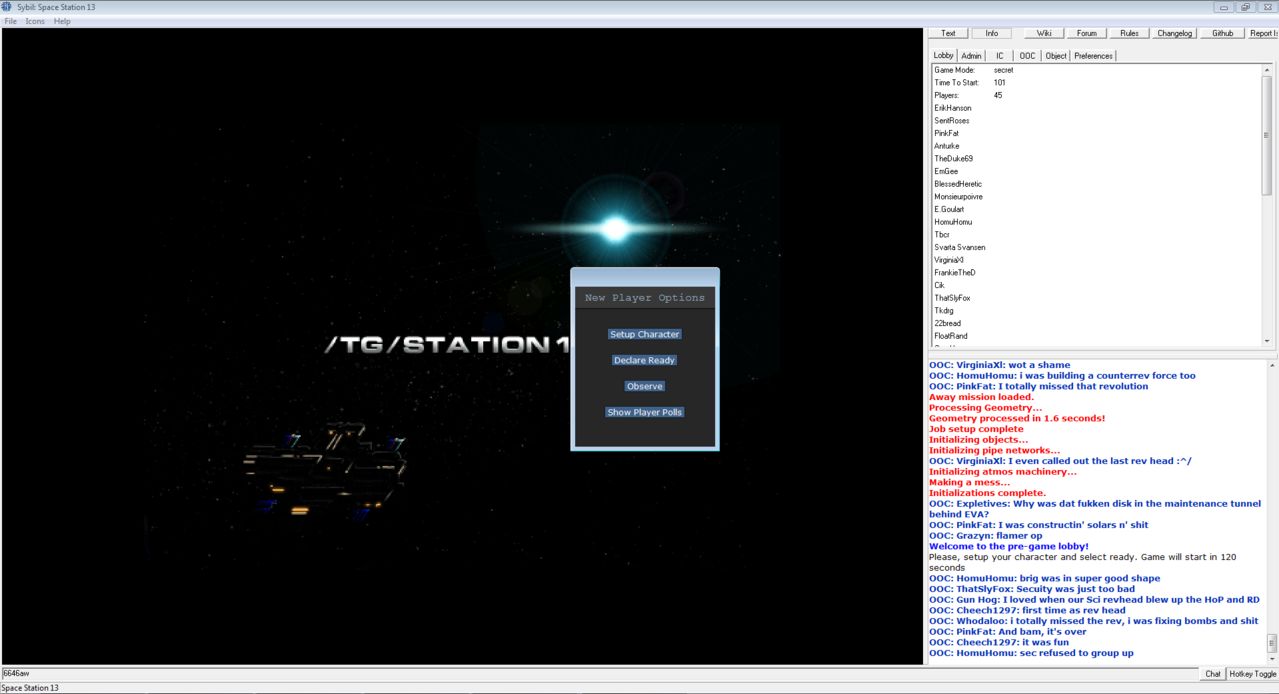 Preparing for the game
Now, at this point, you are now in the lobby for the server(as similar to the last picture of the first post). Now at this point there are two options you can do:

To head to the character setup, click on the "Setup Character" button 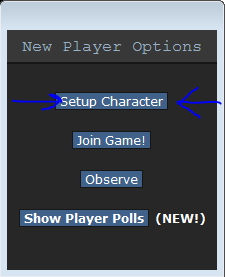 Now we are at the character creation screen. From here you can setup various things of your character, such as 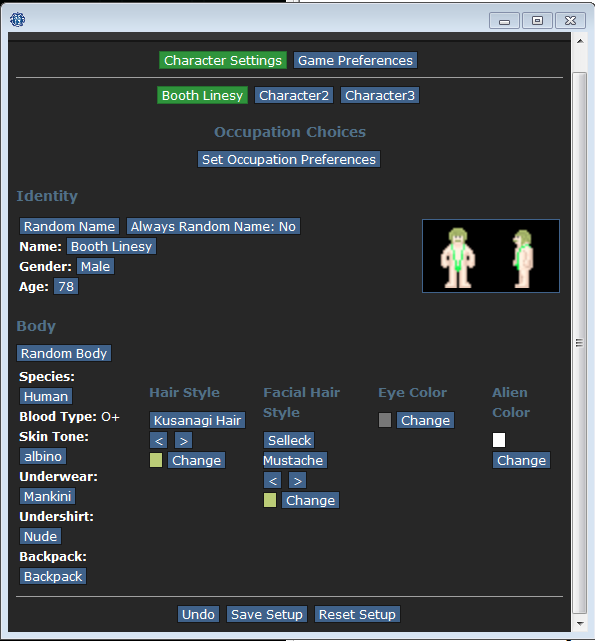 Clicking at the second tab on the top of the window brings up the game preferences, this allows you to set various settings such as: 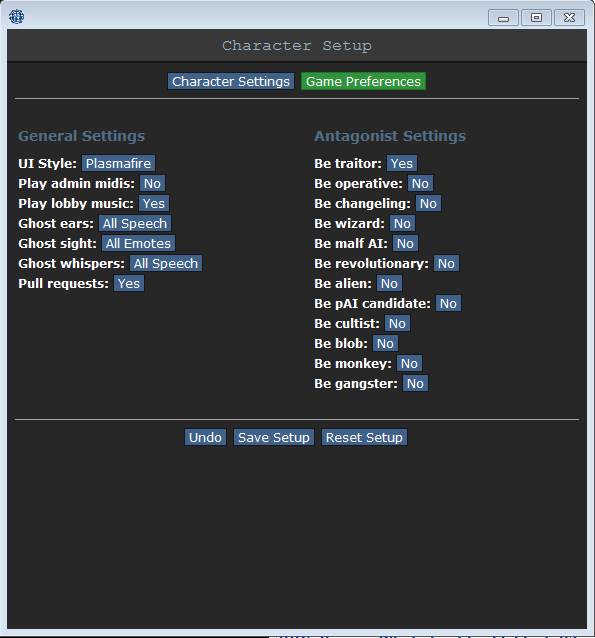 Basic Controls of the Game
After preparing your character, you can now play the game. Exit out of the character setup menu and click on "Declare Ready/Join Game". If you have joined after the round has started, you must pick from one of the remaining available jobs left (For beginners, I would suggest easy jobs like Assistant and Cargo Tech). When you select, you will then be placed into arrivals. The below image shows the various elements of the UI.

DO's AND DO NOT's(FOR THE DEAR LOVE OF GOD DO NOT SKIP THIS YOU COULD GET BANNED)
DO!

Appendix
Since explaining the entire game in a thread will account to multiple pages, I have provided the following links from various SS13 wiki's to further the guide

This is a guide even a monkey like me can go through. Thanks a lot!
_________________
Captain General Lord Commander Atlas the Ostentatious, Minister of Common Sense, Reasoning and Similar Sh*t