NOTE: This RP takes place after episode 19: The Trap, since the next episode hasn't aired yet.

Plot: Summer vacation is coming up. The gang is planning to spend their summer in peace at Kadic, but XANA and Tyron have other plans, like increasing the temperature. XANA has gotten stronger and the gang has no choice but to recruit other members to help fight XANA and Tyron.

1. General forum rules.
2. Keep to the general plot. Side stories are okay as long as they don't deviate too far from the story.
3. Canon couples are not enforced.
4. I don't have a preference of rp style as long as it's within the plot. I personally use script style.
5. No pics from well known anime or video games. General anime pics are fine.
6. MOST IMPORTANT RULE: Have fun!

(If I'm missing someone, let me know.) 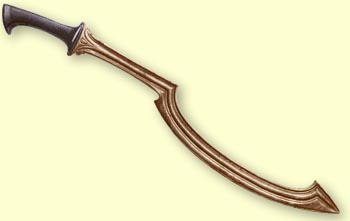 Powers: Flaming Fist (fireball projectile), Flaming Sword Dash (runs up and stabs enemies with a flame around her sword), Flame Circle (creates a protective circle of fire with in a 5 foot radius)
Vehicle: Blue hoverboard with a picture of Tutankhamun's mask on it
Bio: Liz came to Kadic from the USA after her family died in a house fire and when none of her relatives would look after her. She still has nightmares about the fire that cause her to wake up, crying. She is a major bookworm and can get teased about it. Her feelings can get hurt easily. She doesn't understand a word of French, until Jeremie makes a translator for her. (like a bluetooth headset that translates both ways for her) She spends her free time studying or using a program like Rosetta Stone for French. She overhears Jeremie and the gang discussing Lyoko and got interested. She considers Aelita to be her best friend.
Likes: Books, Ancient Egypt, school, hanging with friends...did I mention books
Dislikes: Language barriers, being alone, being teased, fire
Crush: Jeremie

So, is the rp approved?

Gonna start this on a green because it seems like most of the fighting will be happening on Lyoko, if you want it moved up to orange just send me a pm

Really sorry for how long this has taken by the way D;

Can I be Yumi?

Dude! This RP has been going for awhile now.......you're in it dude. You're Jake, helping Liz and Jonathon get the principal's office.

....................ah crap, sorry I got my RPs confused. See I'm in two RP's that are undergoing the exact same events, but you're in one of them and PK is in the other. hahaah oops, but yeah, if your usernames weren't different i'd assume you were the same guys, you RP in pretty much the same fashion. You're welcome ^_^

Sure, you can be Yumi. Let me edit the first post with you name next to Yumi's.

I'll go ahead and take on the Jeremie role and still RP Jonathon as well. Sign me in next to Jeremie. (since I've pretty much done it once already xD)

Ah, no problem. I can see that we're both kind of wandering around in the RPs, since they're both around the beginning, so not that much is going on yet. I'm super excited to RP with you guys.

Oh no, the pleasure is ours! It will be fun RPing with someone with your talent. and we need people too xD

When you decide, let me know so I can add you.

Name: Aya
Age:16
Gender: Female
Birthplace: If I could, I would say lyoko, but I was born in the town at the hospital.
Looks:

Weapon: Her gun
Powers: She control's air, but, there is a concequence when using it, she gets weak. Also, her gun has 3 settings, Lazer beam, Rapid fire, or single fire. They all count on bullets and how fast Jeremy could refill them.
Vehicle: Motor cycle, thorns are painted into it.
Bio: Well, lets just say her parents abandoned her when she was just a kid, about 3-4 years old. She was raised by her aunt that couldnt have any children and of course, her aunt raised her as her own, and Aya adapted to her aunt and started calling her mommy, so now, Aya doesnt even know that she is her aunt. And yet, still calls her mommy, even if their hair was different, her aunt made up a story and she still believes it till this day. But...something happened..She wondered off when she was about..10 into a weird computer place..she went ande explored, finding 3 scanners, she hopped into one but only for it to close, she banged on the door for help, but no one really came. She didnt even know how long she was in this thing for, but when she stopped screaming, she noticed she looked completely different. She was confused and had no idea what to do, untill she came into contact with kankerlats. Which made her run when they started to fire, she needed to hide, and found a tower(she was in the desert section) in the middle of the desert. SHe ran inside and looked around. She was safe, for now. She fell to the ground and fell asleep from exsaustion. Ever since then, she had grown within this tower, learning things and finding out what the enemies were. SHe grew smart, and now, by her curiousity, she had explored lyoko, and found enemies like no other
Likes: sweets, talking, laughing, hanging out with friends, sometimes silence, sleeping, food, music, reading, running.
Dislikes: Bugs, silence, rude people, xana of course, reading, house parties.
Crush: Hmm None yet

It's okay, but put in a bio besides "meet her" please.

Much better an you're in.

Welcome to the RP, hope you have fun!

I will have fun, dont you worry!